This week rather than our usual blog posting we're instead doing an interview with our founder Daniel Jovevski and his thoughts on the buy now pay later (BNPL) phenomenon and what it can mean for consumers and their spending habits:

How might we view using BNPL services from a psychological perspective? Why do people choose to use these services as opposed to paying in full?

Buy Now Pay Later  is certainly an obligation to repay and people can certainly accumulate debts with the product. Some would argue the business models of most credit cards is keeping people in debt cycles with paying minimum balances. Basically, anything with an obligation to repay in the future is a liability and consumers should be wary about accumulating an unsustainable amount of Buy Now Pay Later obligations.

Financial bodies have warned the industry is under-regulated, with companies like Afterpay not needing to screen applicants the same way traditional credit companies do. Might this lead to more people spending money they don’t have?

There is always a risk that any financial product may cause harm, BNPL has no immunity in this space.

A recent Senate Committee said in an interim report handed down in September 2020 said: "appropriate that ASIC and the RBA undertake reviews into various regulatory issues, the policy in this space must be set by the Parliament". Which means the sector is not immune to further scrutiny and potential regulation.

One big factor will be the number of different Buy Now Pay Later providers entering this space trying to woo customers with promotions in order to win loyalty. It’s a well-known phenomenon that when customers increase their number of providers (debtors) the chances of delinquency increases significantly. Consumer groups will continue watching and reporting concerns whilst the Australian government waits to see further emerging evidence of hardship.

Could the concept of BNPL possibly replace traditional credit card use given the growing millennial aversion to credit cards, and might this be less risky as a whole?

I think the evidence is becoming overwhelmingly clear that Buy Now Pay Later has inspired a generation of young folks (Gen X and Gen Y) that are ditching credit cards faster than toupee flying off in a hurricane and scanning their BNPL codes at cash registers!

I’m of the personal belief that the credit cards will still make a major part of the financial system, but things might be changing quickly in this space with pressure on fees from would-be credit card borrowers switching to the cheaper alternative of BNPL. These customers have become a mainstay for a lot of the profits in credit cards for the banks which are now seeing this as a real and tangible threat, clearly evidenced by the slew of interest-free credit cards both NAB and CBA are planning to release to combat the threat of BNPL players.

Should AfterPay function in a manner that is more aligned with financial lenders?

There should definitely be smarts that would help and assist other financial providers (including BNPL providers) to report information to companies like credit bureaus around customer’s exposure to credit and future obligations to pay. For example, given the sheer number of BNPL providers and a vast amount that don’t conduct credit checks, it’s very hard to gauge the total exposure of total BNPL obligations for an individual. This is particularly impactful when borrowers apply for larger debt products like mortgages where every single transaction is now coming under the microscope.

There are certain psychological factors at play here, most people have a bias towards optimism about the future of as behavioural scientists call it “the planning fallacy effect” whereby we’re optimistic about the future and may ignore the risks e.g. not getting all the shifts you wanted, which means you earn less so can’t meet your obligations. E.g. “Of course I can afford these pairs of shoes now…. payday is only 2 weeks away, I’ll skimp out something else and pay off the remainder”.

Conversely, the more savvy consumers play this to their absolute advantage and are great planners when it comes to managing their money, so they use BNPL know it’s full range benefits of having little or no cost.

Should there be better protections put in place for people with lower financial literacy when considering BNPL?

I think it would be difficult to score an individual on their financial literacy and we also run the risk of putting labels on people who may be perfectly capable of using the product responsibly. The trick is for the industry to keep their costs low (credit checks, ID checks all cost money and add to the total cost or service), so naturally, they want to keep their costs low, however, I’d argue the products become sustainable this way, and lower future harsher regulatory measures if everyone plays fairly and doesn’t engage extending products to people who shouldn’t be using the product.

What might be some of the positive impacts of BNPL? How might we combat its negative impacts?

What has to be said about Buy Now Pay Later, is that it has reimagined how consumers purchase goods and services. For an end consumer who uses the product responsibly, there are a lot of positives, there is effectively no fees and no interest. Some people also argue that the set repayments for most BNPL purchases give them an understanding there is an end and knowing they are in control, as opposed to traditional credit cards which can become very confusing on interest-free periods, minimum repayments etc.

If you consider the economics have changed though between say credit cards vs BNPL for a moment. Traditionally banks and finance companies were capturing the economics in terms of interest and late fees they charged to their customers. This has now shifted to retailers and merchants as they’re subsidising the cost of purchasing items for the end consumers as they pay a fee to the BNPL providers typically between 2-4% of the value of the purchased goods. Could we see price inflation for goods as a result given the pressure on retailing margins? Time will tell. 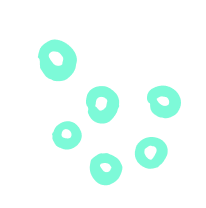